Menu
Log in
Register
Install the app
You are using an out of date browser. It may not display this or other websites correctly.
You should upgrade or use an alternative browser.

Staff member
Newcomer Katie Kingerie is in for a rude awakening as she wakes up in a cage on an alien ship being flown by Fawna Fuller. At least, the Fawna model avatar is what the reptilian alien wants to appear to earthlings as. This alien has also made her ship appear to be JUST like a human home for the comfort of her prey. But Katie is NOT amused. She complains as the alien strips her so that she may swallow her whole. But as the alien does so, ANOTHER alien, wearing the same avatar as the first alien, shows up. Alien 1 is in trouble with the Grey Alien Organization for hunting girl in their territory. How will these two aliens come to an agreement on what to do with this tasty young girl? 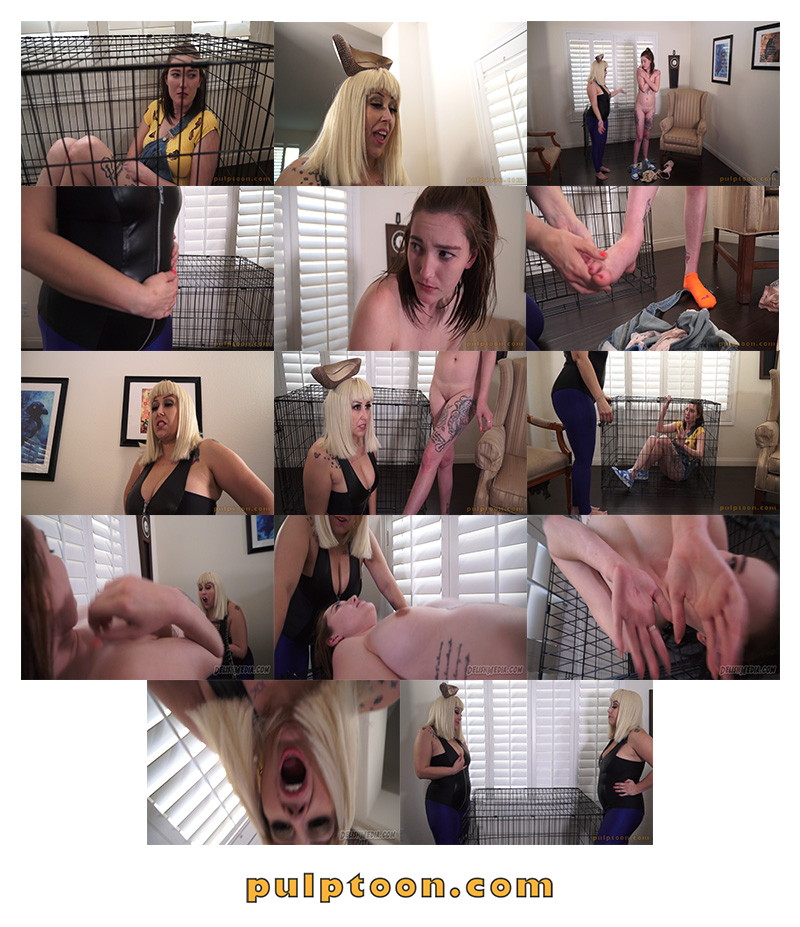