Menu
Log in
Register
Install the app
You are using an out of date browser. It may not display this or other websites correctly.
You should upgrade or use an alternative browser.

Staff member
Lita Lecherous and Jazmin Luv are both flight attendants on an alien spacecraft line called Air 51. They are disgruntled employees, seeing that their bosses can eat them whenever they get sick of the crappy airline food. Actually, Lita and Jazmin are more like captives who are made to serve these reptilian human eaters. The distress makes them edgy and irritated, so they decide to soothe themselves while the captain isn't looking by getting it on in the galley. They know getting caught would cost them their jobs, but they don't get paid anything but longer life anyways..and who knows how long THAT will last. Sure enough, one of the alien crew members comes in and catches the girls in mid-amore. The girls are now naked, so this instantly makes the alien decide that it is indeed time to eat them as he looks over their sexy, tasty bodies. They got to taste each other. Now it's time for them to be tasted. Head Alien Captain Delicious prepares the bound broilers and they argue and banter and bitch and moan and negotiate until they are both finally silenced with apple gags. Then they are roasted and served to the hungry aliens. Who says flight food has to suck? 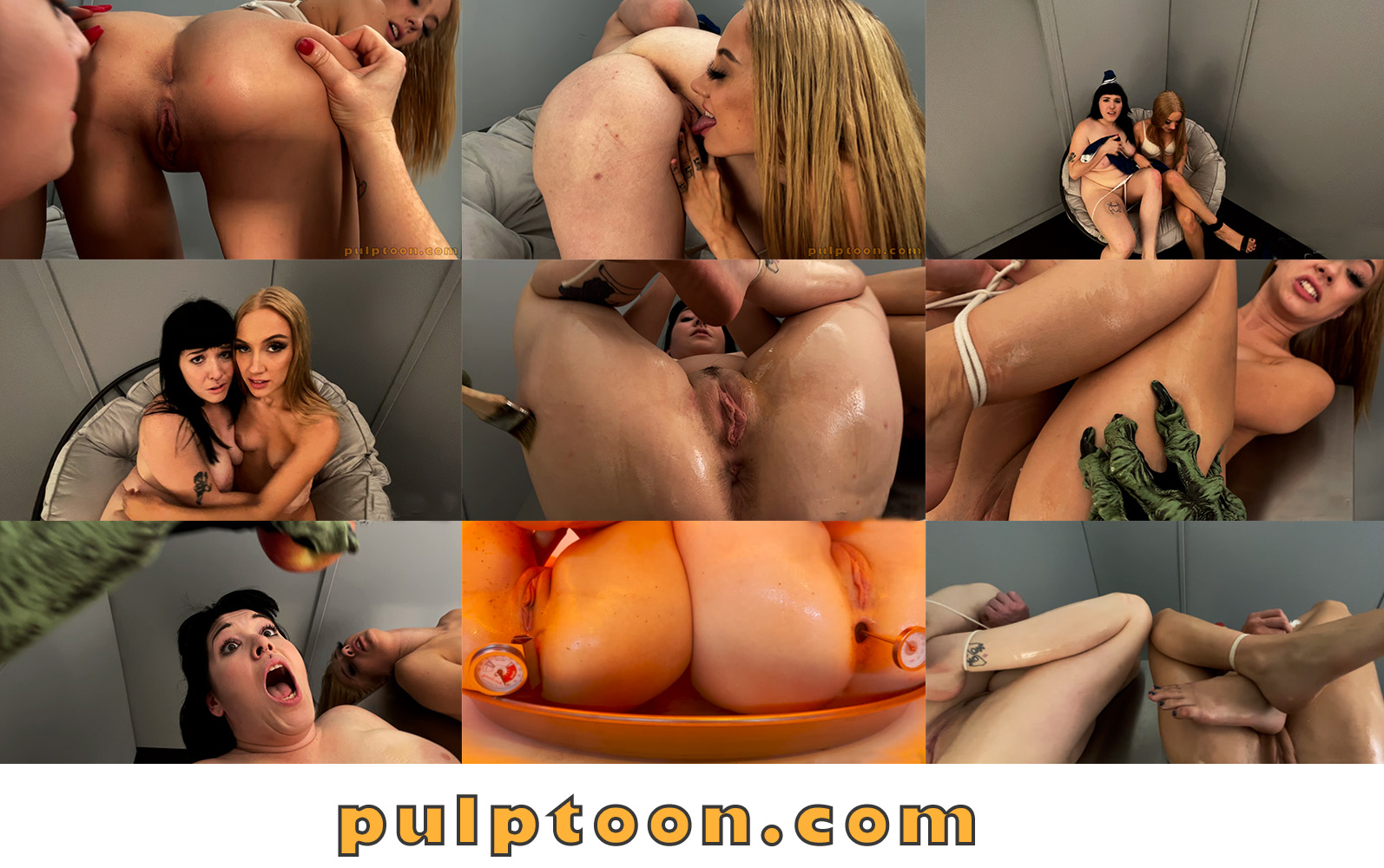